Bashkir Curly Horses – Also known as American Curly Horses or just “Curly Horses- are a breed of horse that originated in the Americas but may have its origins in the Spanish horses brought over by conquistadors in the 16th century. Some sources state that curly horses, as exceptionally rare even then, may have been gifted to leaders of the Aztec Empire and Incan Empire. 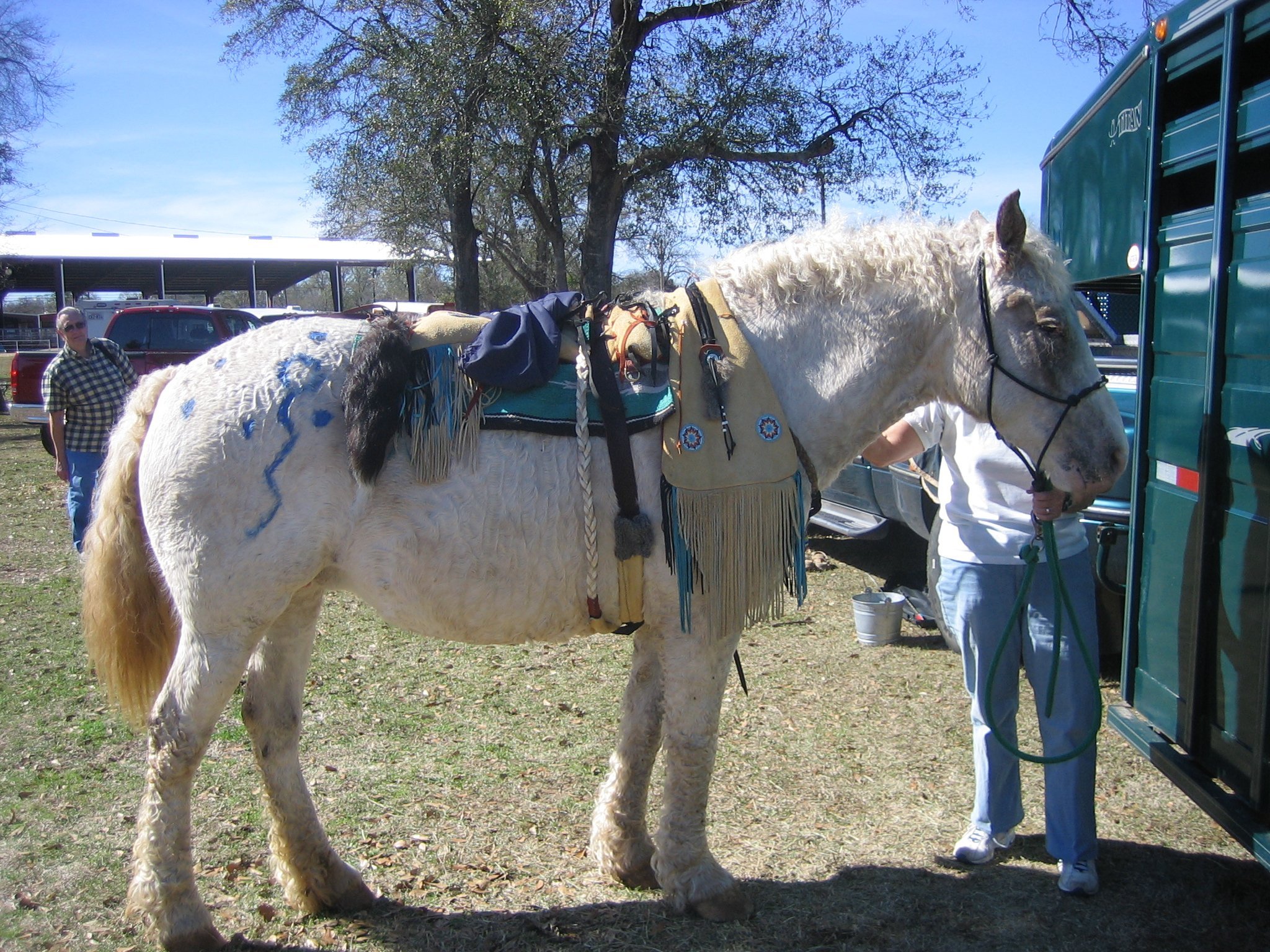 horse painted and tacked up in Native American tack.

This photo shows Bashkir Curly mare from the foundation Damele line with faint appaloosa markings on her curly hypoallergenic coat. She is painted and tacked up in Native American tack. This horse is used in demonstrations of the traditional riding styles of indigenous American Natives. Check out the gawker in the background! they can’t get over the curls on this eye-catching horse. 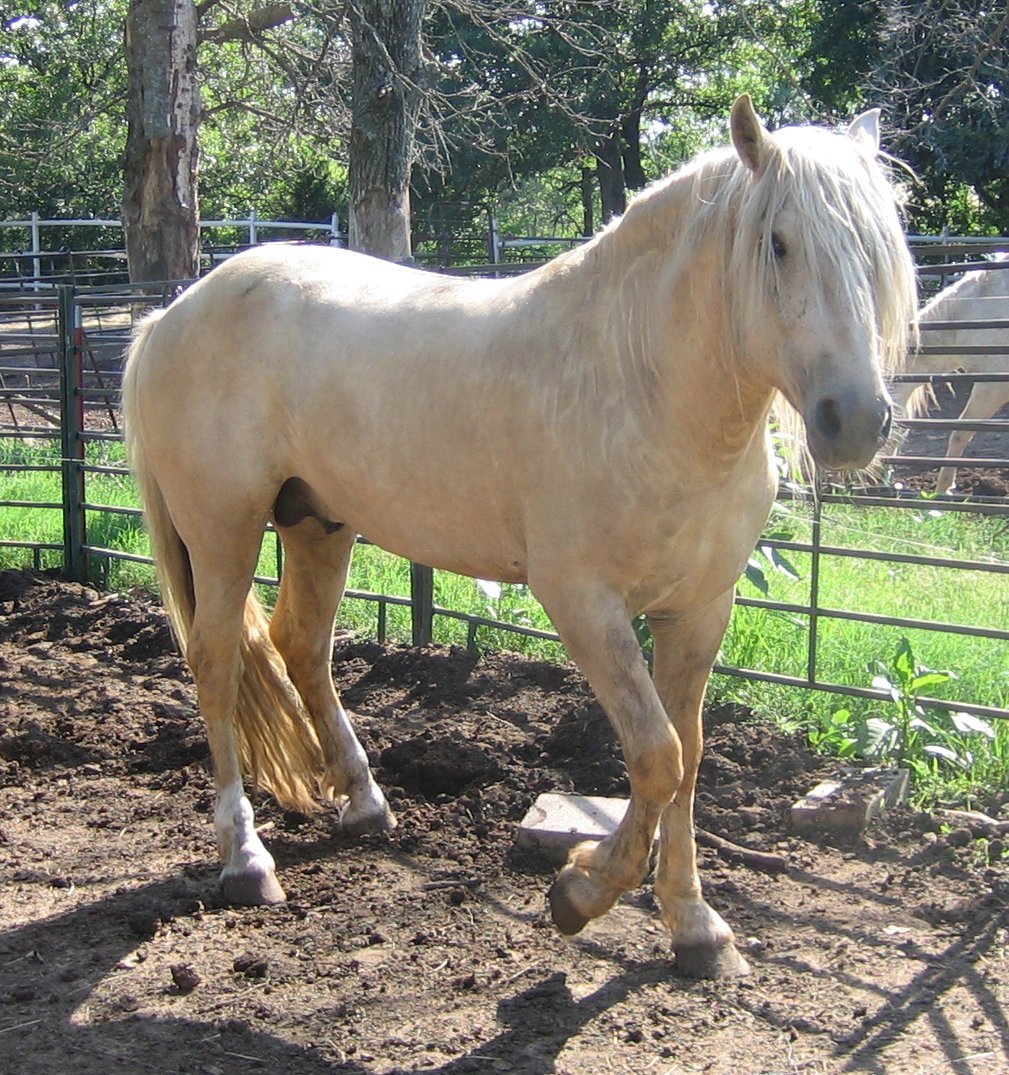 This “curly” is actually a “straight” coated Palomino curly horse. Notice his fur and mane are totally straight, but he carries the same hypoallergenic properties as regular “curly” curly horses. 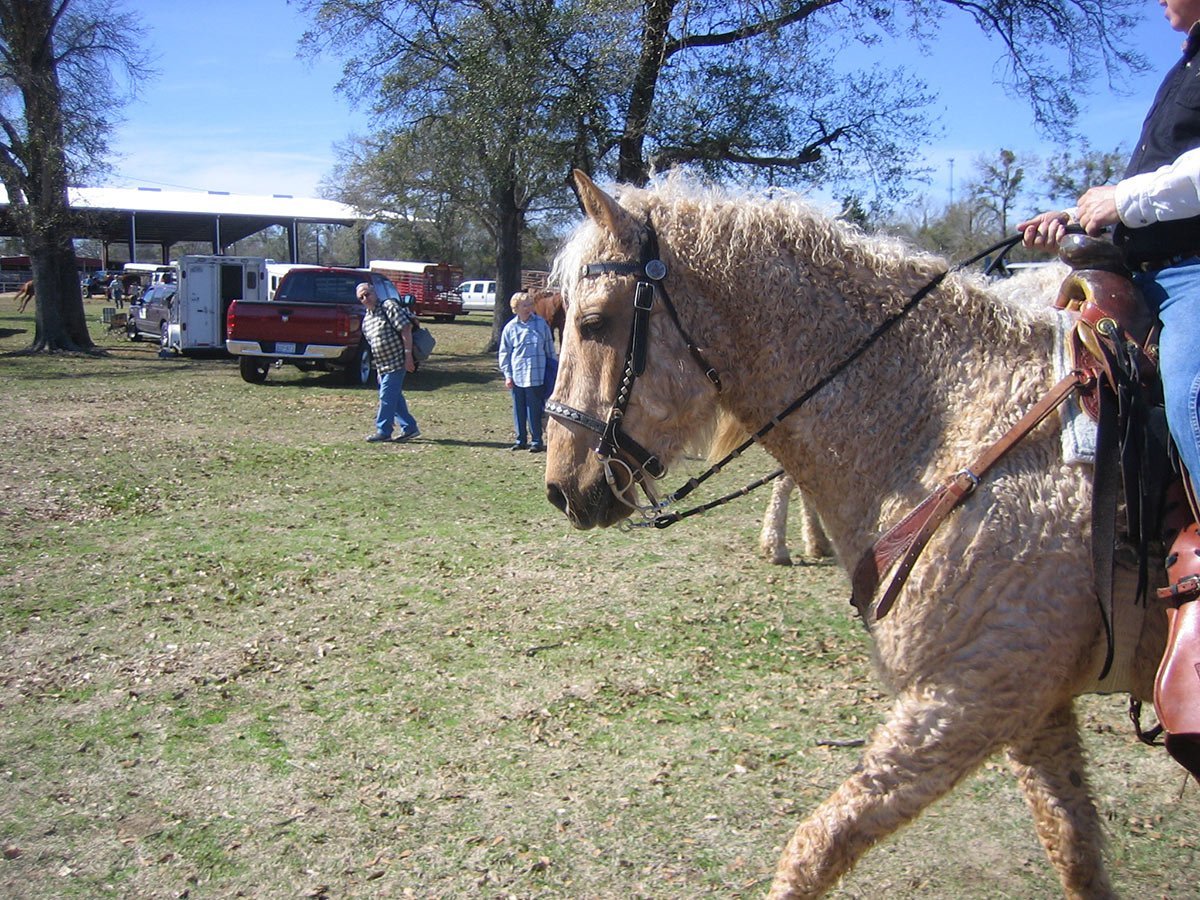 This photo of a palomino Bashkir curly horse was taken the first weekend of February, 2006 at the Texas Curly/Open Show in Caldwell, Texas- where both curly horses and typical horses were gathered to compete in western, English, and games classes.  This photo shows a palomino in western tack preparing to enter show ring. Some paolimno mares are so faintly colored that they can be mistaken for white mares.

Palomino curly horses are rare but not impossible to find for sale. If you have your heart set on a palomino horse but have allergies, or simply want a curly horse for their docile temperament and easy trainability, you can find a curly horse that is a palomino if you are patient and willing to either wait for a fully saddle trained palomino curly horse to be listed for sale or if you are willing to purchase a very young horse – a weanling or a yearling- and have that horse trained to ride when it is old enough. Thankfully, a diversity of breeds in which the curly horse gene shows that means that curly horses are available in virtually every color that exists within the spectrum of horse colors.