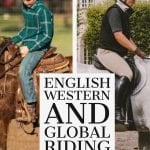 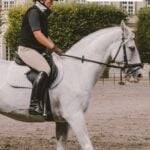 One of the most common questions new riders ask about horseback riding is about the difference between English and Western riding. Most of the images of horses we have been shown in the Western Hemisphere in the past few centuries has reduced the many styles of riding down to these two: English riding (represented today in Olympic sports and iconic European images of foxhunting) and Western riding (seen in today rodeos, and depicted in typical scenes of the American frontier). 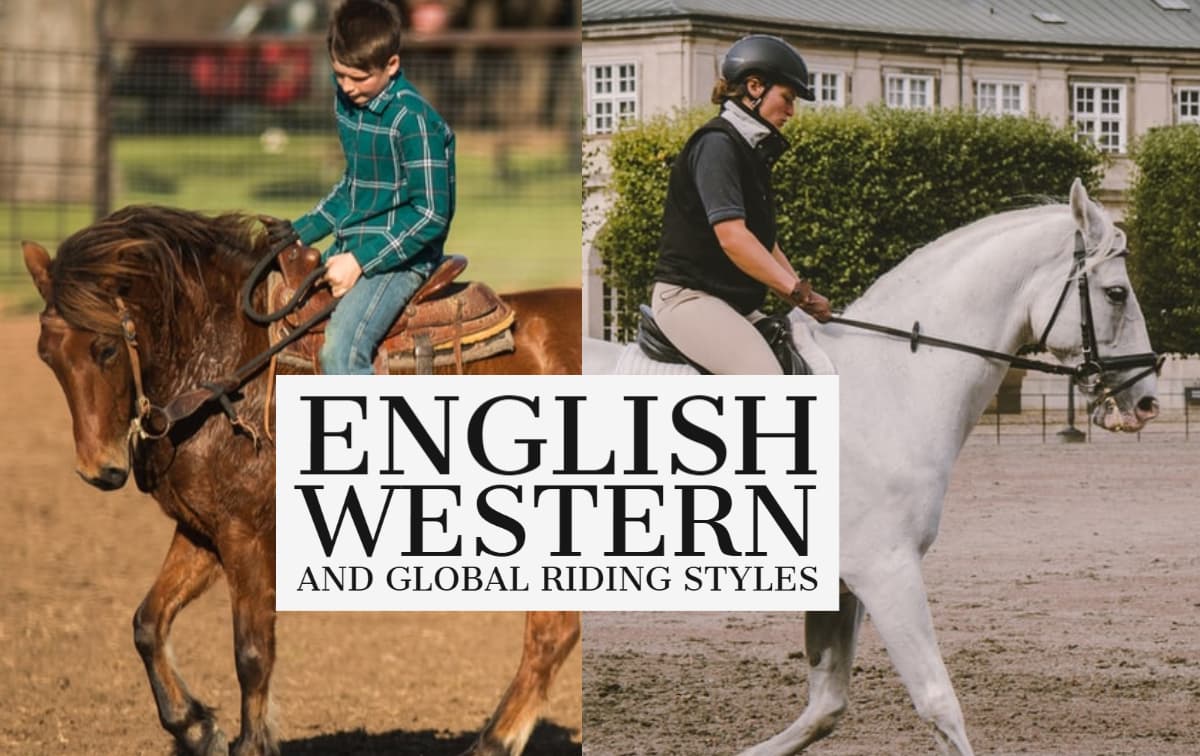 It’s easy to understand how these riding styles became known as the only two options – they were the riding styles popular in two of the most powerful nations in the 19th and 20th centuries. You might be surprised to learn, however, that there are almost countless “styles” of horseback riding, each with their own techniques, equipment, and aesthetics.

In this article, I will quickly summarize the important elements of these two primary riding styles in the United States, and then we’ll talk a little bit about some of the many diverse riding styles around the globe- and how you can explore these types of riding from wherever you are.

When it comes to riding horses for pleasure, there’s actually not a lot of difference between English and Western riding. 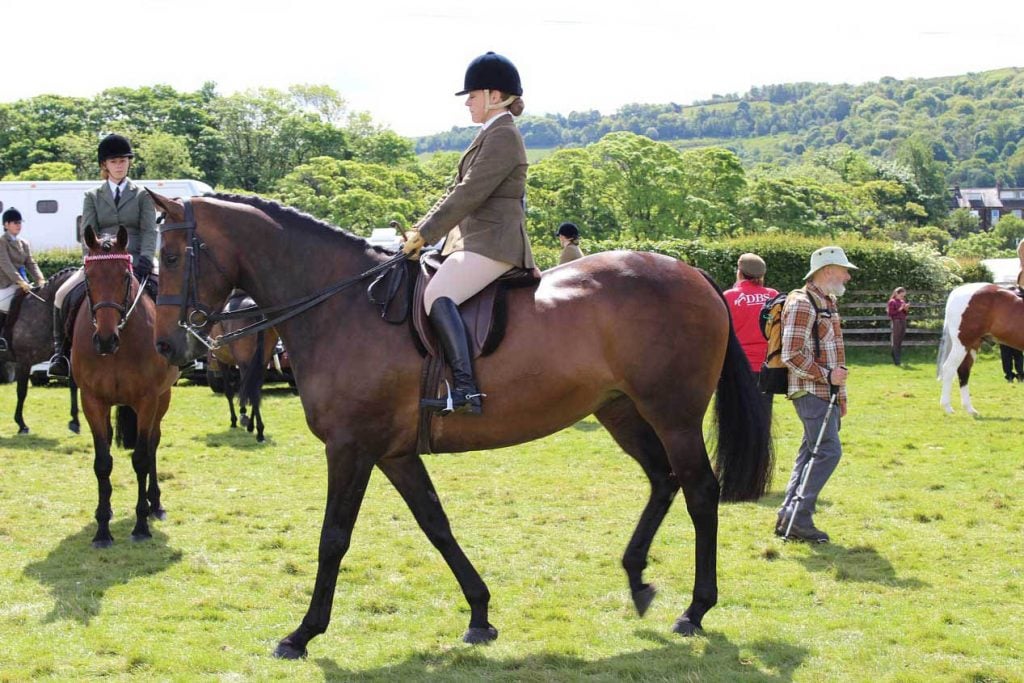 Saddle – In the English style of riding, a smaller saddle is used, and the rider’s feet are placed in metal stirrups suspended from a thin strap.

Bridle – On the horses head, a bridle is worn that is very similar to a Western headstall, but unlike the western headstall, the English bridle is more complex – usually including a nose band – aka a “cavesson”- as part of the bridle, as well as a browband at the “forehead”, and a strap securing around the horse’s throat.

Rider – The thin straps which secure the metal stirrups to the saddle sometimes cause chafing, so English riding has a particular wardrobe to remedy this problem. Even casual riders often wear snug-fitting pants with thick leather or synthetic panels along the inside of the knee to protect the skin, as well as  knee-high boots (sometimes substituted with a leather or synthetic guard called a half-chap)

When riding in shows, an English rider often wears a special jacket or blazer over a dress shirt called a “rat catcher.” For casual riding or a riding lesson, a smart fitting T-shirt, polo shirt, or athletic top is appropriate. For more on what to wear in riding lessons, check out our guide to what to wear horseback riding. 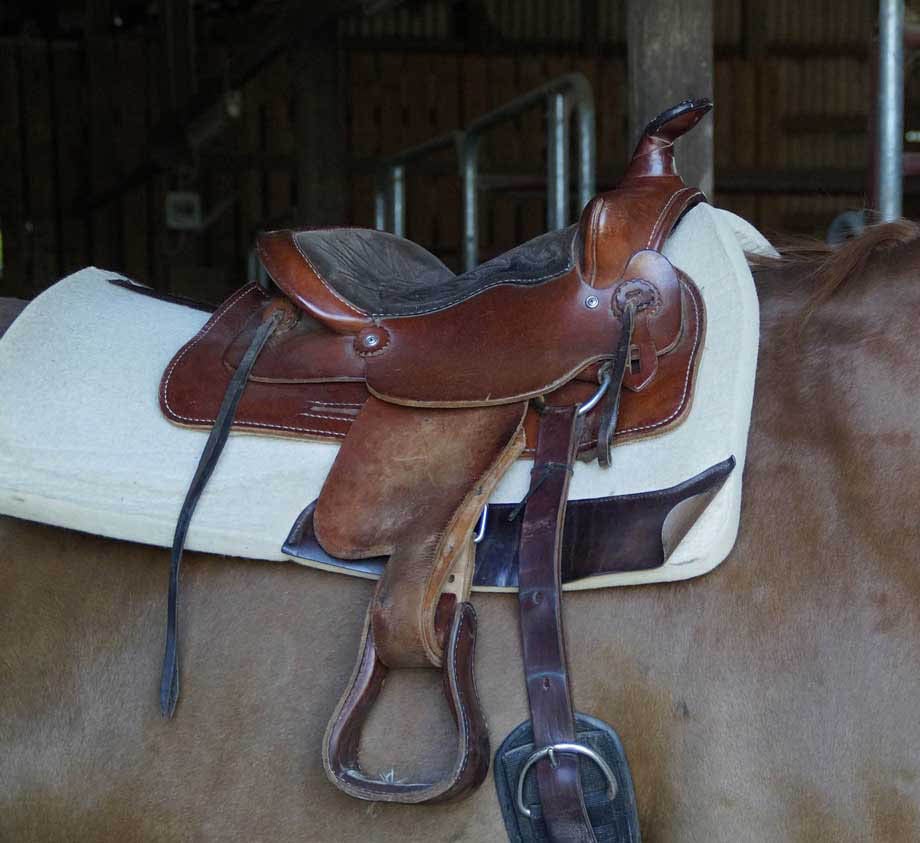 Saddle – the saddle is the most recognizable element of Western riding. Unlike an English saddle, Western saddles often include intricate tooling, stamping, or engraving in the leather.

Western saddles traditionally have many layers and straps – it’s helpful to understand these additions if we compare it to the difference between a bookbag and a trekking backpacking:  The Western saddle was designed for similar purposes – to be comfortable for both horse and rider through many hours of riding- and to have appropriate straps and attachment points to secure the rider’s equipment when riding out on open range.

Bridle – Western bridles range from incredibly simple to extremely complex, and often matching the style of the saddle. Western bridles can range from a simple strap that clips to the bit and is held in place by a simple loop around an ear to complex silver-embossed parade bridles.

Rider – Western saddles have large stirrups straps – called fenders – that protect the rider’s leg from chafing and make tall boots unnecessary. Instead, the rider typically wears cowboy boots (or any good boot that supports the ankle and has a heel to prevent the foot from slipping through the stirrup). In shows and rodeos, Western riders often have highly decorated shirts and pants, but for casual riding or a riding lesson, you’ll be most comfortable in jeans or leggings and a casual top.

How much Do the Differences in Riding Styles Matter?

The difference in riding styles doesn’t matter very much until you enter shows – and the difference between the styles becomes more prominent as you advance from local 4-H club or saddle club shows to elite and very competitive horse shows. At the higher end of competitions, English and Western riding are very very different.

At high levels of competition, each of these both English and wester riding styles break into many sub-categories that are each highly specialized.

For example, while both barrel racing and Western pleasure may be offered in the same Western horse show, the dress of the rider, equipment or tack used, and method of riding will be very very different. Similarly, an English horse show might have classes and Hunter style jumping and show jumping. Even though both are English jumping classes, they are judged very differently (timed versus style) and because of that, there will be significant differences in equipment, presentation, and style of riding.

Thinking beyond “English” and “Western”

It can be easy to think with a lens that only sees the most popular styles. But both within North America and beyond, there are many, many distinct types of equipment and styles of riding. Such as the Argentinian tack on the horse below, shown mid-cattle drive in Patagonia. 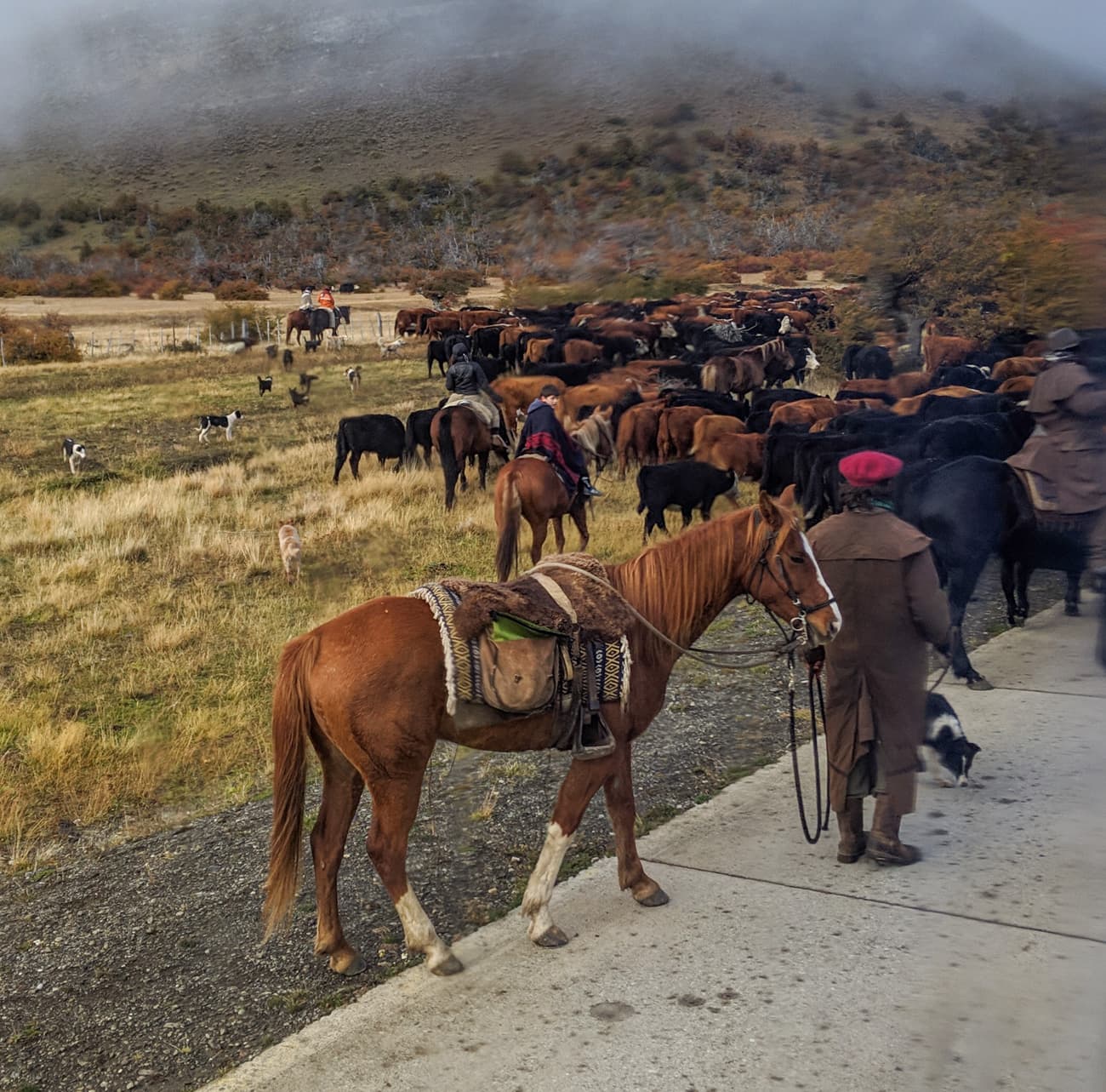 In the United States, less common styles of riding include saddle seat (a type of riding that originated in the South that is used with horses that are “gaited” – or have gates other than walk trot and canter), endurance riding (a type of riding that originated around a marathon like long-distance style riding which combines the lightweight equipment of English riding with the comfort of Western riding), riding styles of Native American tribes, as well as multiple distinct types of tack and riding that belonged to various indigenous peoples of the United States. 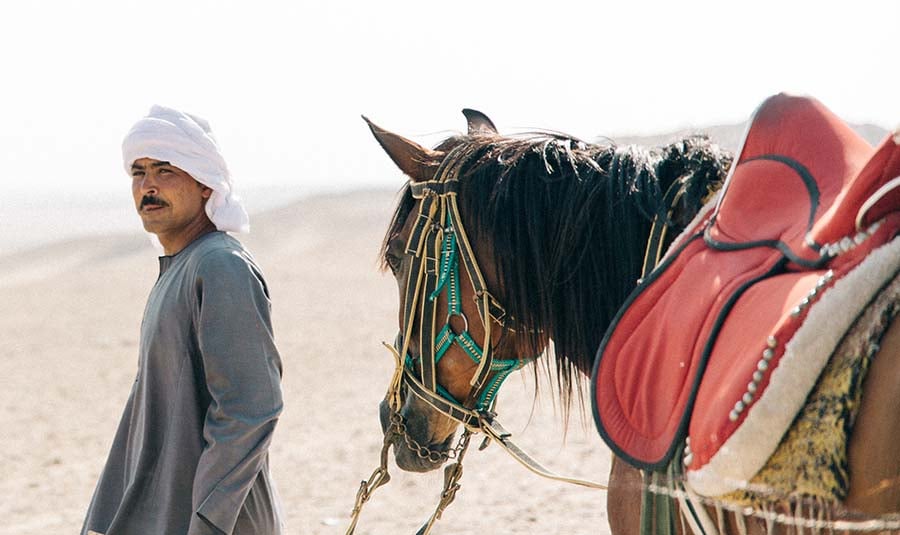 Beyond the United States, every people group that has depended upon horses for transportation at some point in their history has developed a unique style for riding their horses. These include the English/Western bridging style of Australian riding, the Gauchos of Argentinian and Uruguayan “estancias” (ranches), master-riders of Mongolian nomadic groups, and the famed Bedouin horsemen in the middle east, as well as countless others.

As you begin exploring the style that’s right for you, think beyond the basic categories to how you can help you and your horse build trust, ride with comfort, and have fun in and out of the saddle!

Rider by day, blogger by night, I'm Tatum, the face behind CurlyFarm.com. As someone who learned to ride in my 20's, I began blogging to help other new riders learn about riding and horse care! Since those first riding lessons, I've become a coach, breeder, and tack store owner. Join me as we ride through the adventure of horse ownership!